Simon Guttmann, founder of Dephot in Berlin in 1928, and then Report of London in 1946, one of the inspirational founders of modern photojournalism.

I started out - at least, turned professional, as I'd been taking pictures for many years - by working with Simon Guttmann at Report of London. He was my mentor, 84 years old when I first met him, one of the founding fathers of modern photojournalism, an extraordinarily influential but seldom acknowledged director of photographers. In Berlin, during the last years of the Weimar republic before Hitler came to power, he ran Dephot - Deutsche Photo Dienst, the German Photo Service. There he inspired some of the greatest photographers of the day, such as Robert Capa, Kurt Hutton, Felix Mann, and also many others, with some of whom he later worked at Picture Post as fellow refugees from the Nazi regime.

Soon afterwards he founded Report, or Dephot re-created, in post war London. It was our job to see things differently, to gather a photographic record of the struggles and achievements of ordinary people whose lives and challenges were ignored ( maybe less so today ) by the mainstream press. Report ceased production shortly after Simon's death in 1990, but his spirit lives on through those he mentored. I was among the last generation of photographers to pass through his hands. In the years since though I have worked briefly through Select, as an archive member of Network, and as a founder of the Report Digital library, I have worked mainly on my own continuing in the Report tradition. 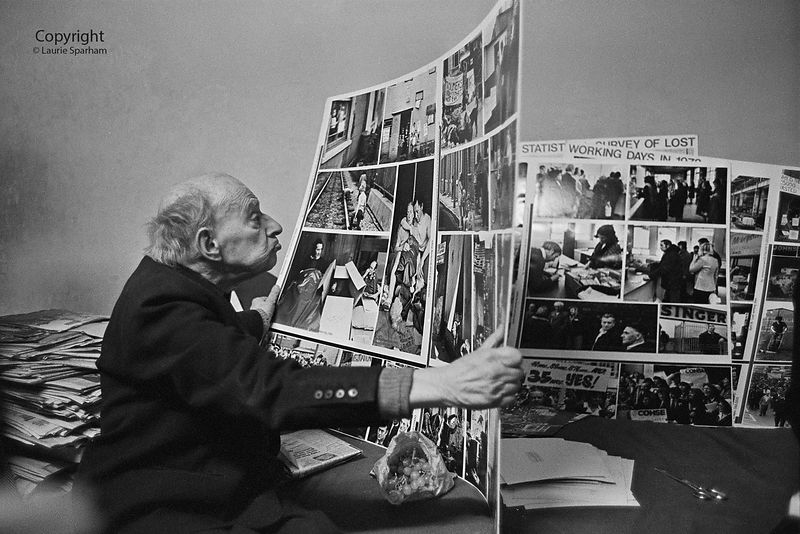